It’s been long time that I haven’t write review,
BUT
in this time I’m gonna write my opinions about Your Name in english!!

Notice: If you want to watch this amazing anime, there are a little bit spoils in my review The story is happening in Japan. It’s a love story and focuses on two teenagers. The main character’s names are Mitsuha and Taki.

Mitsuha is a girl and a high school student who lives in the countryside, she had spiritual practices to pray with GOD

. Taki is a boy who lives in Tokyo and he is also a high school student.

One day, they switched bodies while they were sleeping.
At first, they thought it was just a dream.Day after day, they realized that it was real. Because their friends were telling them strange stories about them that they didn’t know. Just 1 minute think about it… It’s so strange … You wake up at the morning but in someone else body!! Are you kidding me?!

And they have decided about the rule, which is to keep memos of their lives while they were switching bodies. As they spent time together, something diffrent happend … They wanted to meet each other.

But they could never swich their bodies since that day the comet came. So he was going to meet her just on his memory of when he was switching bodies. And he found her town with great difficulty but it had disappeared because of the collision comet:stars:

.
In fact, the comet had come to the Earth three years ago on his timeline. He checked many old articles about the comet impact, and he found her name on the death roll of the comet impact.
That was so tragedic for him but… Come on! stand up. turn on your internet, click on Download Link … watch it, If you want to know what will happen next for two lovers?!

English subtitle ( for those who want to improve their english by watching )
Kimi No Na Wa Your Name English 1801258 Subf2m [subf2m.co].zip (33.4 کیلوبایت)

If you want to listen my ideas , this is audio version

I hope you enjoy it.
I appreciate you if you spend your time to read this review
AND
NOTICE:
share your comment if I had
grammer mistakes
your idea
your criticize
anything
I’m ready to accept everything

If you courage to know whole story , watch it, that’s my best suggestion 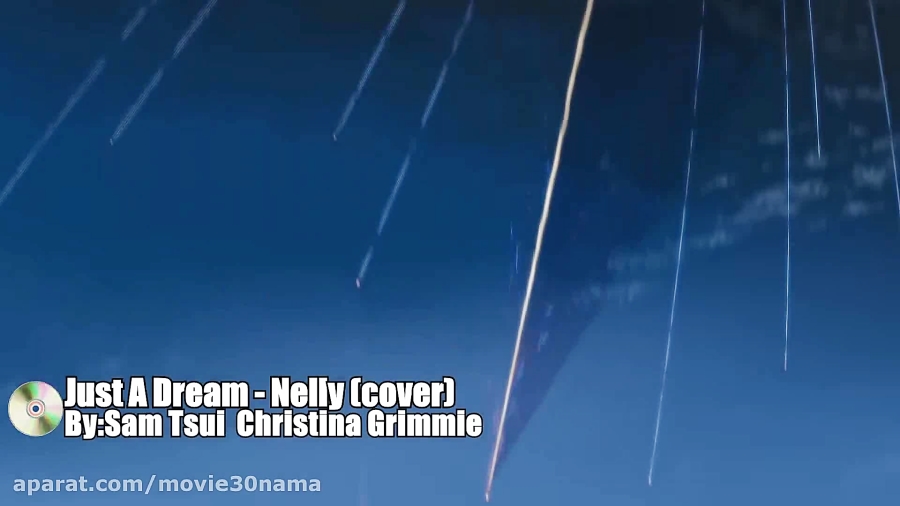 Did you watch it?

Finally I read your review about this anime.

I actually download this anime quite a while ago, but I haven’t watched it.

These days, it’s really hard to find time to watch interesting stuffs. By the way I enjoyed the review. I don’t mind if someone spoil some part of the anime for me. for example I read the Attack on titans manga to find out what will happen. because it’s hard to wait one or two years to watch its anime.

Thanks a lot for the encouragement. now I can go and watch the anime because you gave me a reason to enjoy it.